In what we know today as Laos, almost the entire population practices Buddhism, with the temple, or Wat, serving as the center of village life. Most Lao-Americans are also Buddhists, though many have converted to Protestant Christianity, especially in areas where there is no significant Laotian community to sustain traditional practices. Additionally, due to a lack of funds, Lao-American Buddhist temples are frequently established in converted garages, private homes, and other makeshift centers.

In 1976, approximately ten thousand refugees from Laos fled across the border into Thailand and were admitted to the United States. By 1990, according to the U.S. Census, there were about 150,000 Lao-Americans living in the United States. Today, the majority of Lao-Americans maintain a low profile in the United States, and consequently, few Americans have much knowledge of Laotian culture and people. As a result, the everyday American knows Laotian people by stereotypes, whether positive or negative, rather than by the reality of rich culture and people.

To this day, many Lao-Americans retain the values from our homeland. Most significant among these values is the practice of Buddhism, which pervades every aspect of Lao-American life; while individual Lao-Americans may not follow all Buddhist teachings, its philosophy serves as a behavioral guide.

This year, at the 2022 Annual General Conference, we are honored to gather with an interfaith community at the Salt Lake City Capitol, and to collectively recognize and bless our newly constructed temple in West Valley City, Utah. We are proud of our members and the community they have help create.

Some of our members have recently been awarded flags from the state of Utah in recognition of their exemplary spirit of volunteerism to the community and success of the Wat Lao Salt Lake Buddharam. 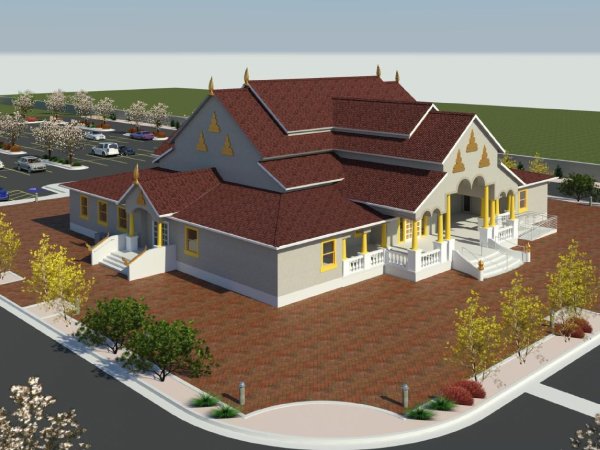 Monetary donations can be made via Venmo. There are members in our community that need your help. If you are willing, we would be very greatful if you were able to volunteer and provide much needed assistance.

We are excited for our upcoming temple. Our community will benefit greatly by having our new facility to a sacred space for our members. We hope you will do us the honor of sharing this space with you.

Our community is a safe place for those who are looking for a place to expand their cultural and social activities. We welcome everyone who is looking to uplift others.

Please see the attached layout and price estimate from Ready Made Truss for your recently submitted project. Our total price to provide trusses for your project is $33,447.34   This price includes all of the following: • All trusses indicated as per plans and/or...